Vanessa Buffington was born and raised in San Francisco. “City College has always been a part of my life, even as a teenager. Both my parents went to CCSF, and my aunt is an instructor in the nursing department.” When Vanessa graduated high school, she immediately enrolled at CCSF. “I was taking general ed classes, but then I got pregnant and had kids.” Vanessa needed a way to support herself, so she signed on with a temp agency and was placed as a receptionist at a law firm.

What Brought Vanessa [BACK] to CCSF

As a new mom, Vanessa had her hands full, so getting back to school was not her top priority. “My aunt kept encouraging me. She said just take one class at a time.” Meanwhile, Vanessa had been learning the ropes at the law firm. “I’d never really envisioned a law career. I was a single mom and just wanted to make a decent living. I’d been promoted from receptionist to legal secretary and saw I could make good money if I just stuck with it and got more education.” She decided to return to CCSF, enrolling in the paralegal studies program.

Between a full-time job and raising two kids, Vanessa was only able to take one class each semester. Despite the long days, Vanessa liked being at CCSF. “The instructors were excellent. A lot of them were attorneys, and it was great to be able to ask questions and get advice.” As Vanessa gained legal knowledge at CCSF, she was able to take on more responsibilities at work. “Just as I was starting my last class, we were about to go to trial. It was a big employment case for my firm. I was taking on a lot of the work that paralegals do.” Vanessa spent many long nights preparing for both court and class. “I actually completed my paralegal certificate in the middle of the trial.”

Why CCSF Was a Good Choice for Vanessa

After graduating, Vanessa left the firm she had been with because they were not in a position to hire her as a paralegal. However, an attorney Vanessa had worked with before was starting a new practice and wanted her to join the team. Vanessa spent a year at the new firm, watching it grow, and then she was inspired to start her own business. She founded Buffington Executive Office Services, providing paralegal services to law firms throughout the Bay Area. Building on that success, Vanessa also launched a new business, NextGen Legal, offering webinars and training for legal support staff. When it came time for Vanessa’s kids to go to college, there was an obvious choice. “I keep telling them to think about CCSF. It’s a great school, and I’d love them to get their foundations there.” 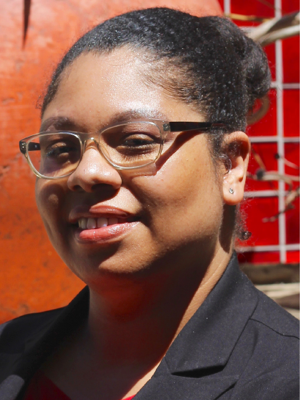 “I’d been promoted from receptionist to legal secretary and saw I could make good money if I just stuck with it and got more education.”
– Vanessa Buffington
Society, Culture, and Social Justice
Back