The Board of Trustees of City College of San Francisco

Members of the Board of Trustees 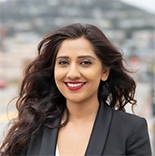 Aliya Chisti was elected to the Board of Trustees in 2020. She is the first-Muslim woman to hold an elected position in the history of San Francisco. She was born and raised in San Francisco and is a graduate of San Francisco’s public schools.

Aliya is an educator, advocate, and policy analyst. Her deep commitment to education stems from her experiences overcoming barriers to pursue her academic dreams. She is a former educator and has over a decade of experience working in schools or on policies that impact schools. She also has experience in advancing policies to improve educational equity at the local and federal levels.

She earned an M.A. in Education Policy from Columbia University, where her thesis emphasized the need for higher education reform to reduce the student debt burden on college students. In 2016, Aliya was nominated by the U.S. Department of State as a Fulbright Scholar to teach English and study higher education policy in North Macedonia. She holds a B.S. in Nutrition Science from the University of California of Davis.

Aliya is excited to serve the City College community and welcomes comments and feedback at achisti@ccsf.edu. 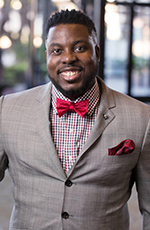 Dr. Green was born and raised in San Francisco’s Western Addition and is an educator with extensive experience in higher education.
He has years of experience working within the California Community College system. He began his career as an adjunct counseling faculty at Skyline College in 2006, later transitioning to City College of San Francisco, where he served as a financial aid academic counselor. Upon moving to Southern California, Green became a tenured faculty member and department chair at West Los Angles College before moving back to San Francisco where he served as an administrator at Merced College.

Since 2021, Dr. Green has served as the Dean of Academic Counseling and Student Services for West Valley College, where he coordinates various student services programs with a focus on individual educational goal completion for transfer, degree attainment or certification.
In addition to his work as a college administrator, Dr. Green serves on a variety of higher education boards, including the African American Male Education Network & Development Program (“A2MEND”), Black/African American Advisory Panel of the California Community Colleges, and is also an active member in the San Francisco community serving on the Board of Directors of the Alive and Free/Omega Boys Club and the Bayview YMCA. 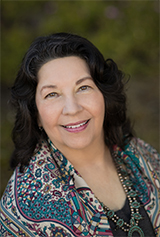 Anita Martinez has devoted her personal and professional life to equal access to educational opportunity, first as a San Francisco State University (SFSU) student activist, then as an SFSU English teacher, and finally as SFSU EOP Director. She returned to her first love, teaching, as an ESL instructor at City College and was elected President of her union, AFT 2121, and her Academic Senate. She was appointed Vice Chancellor of Instruction and then pursued advanced graduate studies at UC Berkeley, during which she served as City College’s Dean of Students. She expanded her administrative experience at neighboring colleges: Dean of Language Arts at Skyline College and then Vice President of Student Learning at the College of Marin. She also served as the College Board’s national community college representative. She has been a teacher and a learner in every role she has had.

During her career, Anita initiated and supported innovative programs/services that improved student learning outcomes. As both a local and statewide faculty and administrative leader, she served on California Community Colleges task forces and committees winning awards and honors for her work. She has served on local community based boards including the City of San Francisco Human Services Commission.

Anita is proud of her indigenous Chicano roots in New Mexico and is committed to studies that deepen the understanding and appreciation of the contributions of diverse communities locally and globally. 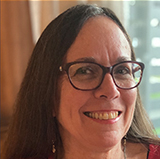 Susan Solomon was born and raised in San Francisco, and recently retired from a career in education, beginning as a daycare provider and culminating as President of United Educators of San Francisco and Vice President for Political Activities of the San Francisco Labor Council.

Solomon attended public schools in the Bay Area from kindergarten through college, and thanks to union-financed affordable housing, she has lived in the Fillmore District for most of her life. She and her husband, Fred Pecker, raised their two children much like she and Fred were raised: in a politically active, pro-union family, attending civil rights and anti-war marches and union picnics, parties, and picket lines from an early age. Her children proudly graduated from SFUSD schools, as did her mother, aunt, uncle, cousins, and siblings, and she looks forward to her two grandchildren having the same opportunity.

Solomon attended the University of California at Berkeley, where she was a pre-med student with a major in genetics. During the last quarter of her senior year at U.C. Berkeley, she took an education class, which consisted of helping out in a third-grade class, and that's when she realized she wanted to be a teacher. Her Master’s degree in Early Childhood Education began with a Child Development class at City College, and she spent her early education career working as a teacher's aide, substitute teacher, and teacher in various early education settings. She also worked as a tutor in a community college writing center, where she first encountered the negative impact of high-stakes metrics on students from historically underserved populations.

Solomon received her Master's in Early Childhood Education in 1980, and taught PreK and kindergarten until 2006, when John Swett Alternative Elementary School, her beloved school site, was closed. She transitioned to working full time for United Educators of San Francisco, where she served as a staff representative and elected union Secretary, followed by being elected to be Executive Vice President and then President.

Solomon is now retired and spends her week days taking care of her young grandchild. 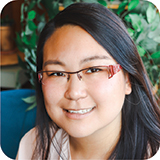 Mx. Vick Chung was elected to the Board of Trustees in 2022. Vick previously served as the student-body-elected trustee from 2020-2021, and as the delegate of CCSF at the General Assembly of the Student Senate for California Community Colleges in 2021. Vick uses “they, them, their” pronouns, and they are the first, openly non-binary, gender-queer person to hold an elected office in the history of San Francisco. Vick was born and raised in San Francisco, is a child of Hakka-Chinese, Vietnamese refugees, and is a survivor of child incestuous abuse.

As a beneficiary of San Francisco’s K-14 public schools, public assistance programs and nonprofits (such as GLIDE) that assisted and empowered low-income families, Vick sought out and graduated with a Bachelor of Science in Neurobiology, Physiology and Behavior from UC Davis in the hopes of paying-it-forward by becoming a health care provider to low-income, marginalized, communities of color. However, after working to advance community health through serving in diverse capacities over the last decade–as a research lab aide and clinical laboratory technician, health care patient interpreter and advocate, aide to those filing taxes and applying for citizenship, advocate for federal legislation and funding for international aid–Vick gradually arrived as an advocate for community college education after spending the latter four years attending, working at, and advocating for City College of San Francisco. Vick is a proud former student worker of Project SURVIVE, Project SHINE, and STAR Center.

Vick is a life-long learner. They maintain their health by taking language and dance classes through the FREEcity program. They are pursuing further education in ethnic studies, social justice studies, and the law. Vick first began volunteering at the Fort Mason Plant Nursery at the age of 11, and participating in community service continues to be of vital importance in their life. 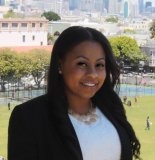 Shanell Williams is the Director of Community Engagement for the California Preterm Birth Initiative at UCSF and a member of the Board of Trustees at City College of San Francisco. Over the past 20 years, Shanell has served thousands of San Franciscans as an informed, passionate and dedicated public advocate, nonprofit leader and community organizer. From mentoring youth trapped in cycles of incarceration—to saving city college from a near loss of accreditation and closure for the past eight years— Shanell has worked tirelessly to improve all San Franciscan’s quality of life. She has worked for numerous nonprofit agencies and labor organizations dedicated to serving marginalized, low-income communities such as: the Center for Young Women’s Development, Youth Leadership Institute, UNITE HERE Local 2, Jobs with Justice SF, and Urban Services YMCA to name a few.

Shanell is a 2005 Jefferson Award recipient and was honored for her work in co-founding Youth Treatment and Education Court Leadership Fellows, as she helped develop a curriculum to train court administrators, judges, probation officers and thousands of service providers nationwide in culturally competent treatment for youth in the system. She also received the 2013 San Francisco Bay Guardian Local Hero Award for her CCSF advocacy, as well as the Harvey Milk Democratic Club’s “City College Champion” Award in 2014. Shanell is a graduate of Women’s Policy Institute, the Women’s Initiative for Self-Employment, an Emerge California 2016 alumna, and has served on the San Francisco Youth Commission, the Juvenile Justice Commission and other community boards. 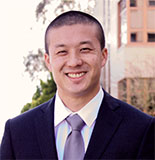 Wong’s community service experience includes serving as a delegate for the San Francisco Labor Council. He has also served on leadership panels for the following organizations: 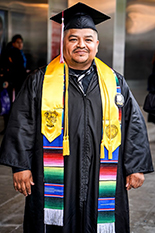