Tom Horvath is an international student from Slovakia. “I’ve been really interested in everything to do with computers since I was a child.” By his early teens, Tom was taking apart computers, tinkering with and rebuilding them. “In my neighborhood, I was the go-to person, the computer repair guy.” Tom was especially fascinated by iPhones when they came out. “I loved my iPhone, but Apple limited what I could do with it.” On the internet, he found iPhone “jailbreaks” that allowed him to remove the restrictions and customize it beyond what Apple would allow. Tom graduated high school at sixteen and received a scholarship to study computer science and mathematics at Columbia College in Missouri. After graduating, he moved to the West Coast and worked in web and iOS development for two and a half years.

What Brought Tom to CCSF

Since Tom is not a U.S. citizen, he had to reapply for a work visa every three years. “My company sponsored me for a work visa in the H-1B visa lottery. There was a forty-three percent chance of being selected, but I didn’t get it.” Without the visa, it was not possible for Tom to keep his job, but he could stay in San Francisco if he went back to school. He wanted to further his education, anyway. After hearing about the great language courses at CCSF, he enrolled in the Spanish program.

While studying Spanish, a fellow student told Tom about the “amazing” cybersecurity program at CCSF. “I was surprised to hear CCSF offered cybersecurity classes, and the classes were actually really good.” Tom immediately signed up for as many classes as he could. Tom knew a little bit about cybersecurity already, but the classes piqued his natural curiosity. “I became very interested in creating my own iPhone jailbreak. It was going to be a very challenging project, but I had more time to do research now that I wasn’t working.” After taking ethical hacking and exploit development classes at CCSF, he decided to spend most of his free time on this project. That space to learn and do research led Tom to discover a new flaw in the iPhone 3GS, which allowed him to create a new iPhone jailbreak.

Why CCSF Was a Good Choice for Tom

“Studying cybersecurity at CCSF has been life changing. I found a new passion, made new friends, and met multiple incredible professors. It’s a great community to be a part of.” Tom graduated with an AA in Spanish and the advanced cybersecurity certificate. He is excited about what the future may have in store, but he is not ready to commit to a plan just yet. “There are too many unknowns and quite a few things I would love to do. I know I am committed to lifelong learning, and I love doing original research.” 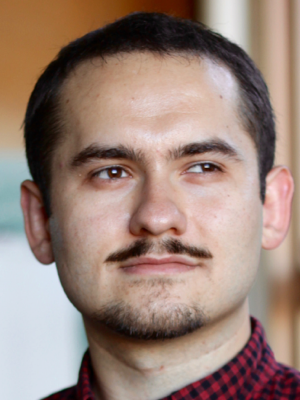 “Studying cybersecurity at CCSF has been life changing. I found a new passion, made new friends, and met multiple incredible professors. It’s a great community to be a part of.”
- Tom Horvath
Back