Soledad Antelada Toledano grew up in Spain. When she was a kid, she remembers everyone saying, “Computer science is the career of the future.” There was a lot of hype, and she felt that if that was the career of the future, she should sign up. Soledad had never even used a computer before starting her degree, so everything was a challenge. But she excelled in this new world, finding work straight out of school and quickly becoming established in her field. As time passed, though, she became less enthusiastic about work and longed for something new.

What Brought Soledad to CCSF

Soledad was on vacation in San Francisco, visiting friends who were CCSF students, when she discovered the Computer Networking and Information Technology(CNIT) program at CCSF. As she was reading about it, she felt the same pang she did in high school when people talked about computers. “Back then, I didn’t know anything about computers: I didn’t have one. It was like a parallel universe for me, and this time with cybersecurity, it was the same thing.” There were no college-level courses like this available in Spain—and very few anywhere else. Her parents thought she was crazy to leave her well-paying job, but she knew she had to do it. She took the placement tests before leaving San Francisco and was back again a few months later to start the degree.

When Soledad first started at CCSF, she was not fluent in English. “I had to be very focused because of the English. I remember being in class thinking, ‘I can’t even move, because if I move my head, I won’t even know what the teacher is saying.’” As an ESL student, she had to spend extra time studying, but she did not mind, because she loved the classes and was very excited about the program. “I was so impressed. I thought, ‘Wow, I’m learning about things I didn’t even know existed. I’m getting to know the secrets of computer science that no one knows about.’” All of her extra time spent studying paid off in her second year when her instructor recommended her for an internship at the Lawrence Berkeley National Lab.

Why CCSF Was a Good Choice for Soledad

After completing her internship and the degree, Soledad was offered a full-time job as a cyber engineer at Lawrence Berkeley National Lab. She also started Girls Can Hack, a Meetup group which inspires and encourages girls to break into the male-dominated field of cybersecurity. “I always tell them to do the CNIT program, always. I tell them the truth; I tell my story. The program is great. I’m very happy with the decision to study at City College. It was the decision of my life.” 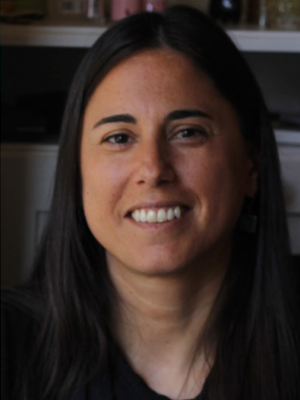 “I was so impressed. I thought, ‘Wow, I’m learning about things I didn’t even know existed. I’m getting to know the secrets of computer science that no one knows about.’”
- Soledad Antelada Toledano
Back