Jordi Ciprin came to the Bay Area from Paris, France, three years ago. “Before that, I was working in production for a pharmaceutical company.” He worked on the inspection line, checking orders before they were shipped out. It was fast-paced, repetitive work that left Jordi feeling unsatisfied. He channeled his excess energy into body building and made some money doing personal training. But it was not lucrative enough for him quit his day job. He needed to make a change.

What Brought Jordi to CCSF

Jordi’s mom had studied English at CCSF, and Jordi knew improving his English would make him more employable no matter what field he worked in. He quit his job, moved to San Francisco, and enrolled in CCSF’s advanced English as a Second Language (ESL) program. “After improving my English, I decided to stay at CCSF and study biotech.“

Jordi enrolled in Bridge to Biosciences, a program aimed at people without science backgrounds. “They teach you the basics step by step, so no matter where you come from or what your background is, you can learn the skills you need to work in a lab.” The program is very hands-on, and lectures are complemented by relevant lab experiments. Students also complete internships at scientific research facilities across the city. At the end of their internships, students propose their own experiment based on what they have observed and learned. Jordi interned with the Diabetes Center at UC San Francisco. The lab’s focus is identifying genetic defects that may play a role in metabolic diseases like diabetes and obesity. “Assisting with obesity research really opened my eyes to how complicated the human body is. Just one mutation can affect someone’s ability to regulate their food intake.” When it was time for Jordi to propose an experiment, it turned out UCSF was actually planning the same project. “After only three months there, I understood the concepts enough to suggest a worthwhile experiment.” Jordi also showcased his findings at the annual Bio-Symposium at UCSF.

Why CCSF Was a Good Choice for Jordi 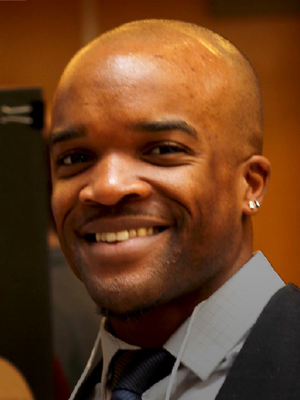 “I’d worked for a pharmaceutical company, but I didn’t know anything about the science that went into producing pharmaceuticals. So I thought, ‘Why not study biotech and try to get a better position in the field?’”
- Jordi Ciprin
Back