Jay Roca had an immense love of flight from an early age, recalling spending Friday nights watching planes take off down on Airport Road, minutes away from the campus he would later attend. By the time the movie Top Gun came out, Jay already knew he wanted a career in aviation. Being 5'2"" with glasses meant the Air Force was not interested. Feeling a strong urge as an adult to make a change in his life, Jay headed to the Navy recruitment office and fulfilled a lifelong ambition of serving in the armed forces. “You have to rise and fall a couple of times at a young age. What I learned from my past, I’m passing it on to the young ones: Get in here, let’s do this, and let’s take the next step.”

What Brought Jay to CCSF

After serving in the Navy as a petty officer for four years, Jay wanted to give more back to his family. He did the research and found the right program to put his dreams of having a career in aviation in motion. CCSF offered the only opportunity for Jay to pursue the dual degrees he always wanted. He also recognized that financially it was the best decision for his family.

From the beginning, Jay sensed a real level of compassion from the veteran community and from the CCSF faculty. Their approach to helping veterans find their way in the educational system impressed Jay. The program was run by veterans helping other veterans, and this structure really succeeded in creating a support network for Jay that was easy to navigate. In his time at CCSF, Jay completed his AS in aircraft powerplant maintenance technology and his airframe-maintenance technology certificate to add to his bachelor’s degree. With these achievements, Jay can now teach and is excited at the prospect of helping others achieve their dreams.

Why CCSF Was a Good Choice for Jay

In addition to the experience, degree, and certificate he earned at CCSF, Jay talks about having a family at home and another one on campus. Both of these families provided love, support, and direction on his career path. “I can go to any class right now, and I can connect with anyone, because every single one of those students you see out there are on the same path. They want to do this.” Jay’s dream now is to work for SpaceX or NASA. The possibilities, he says, are endless. “I don’t think you can ever escape your passion. It’s going to be there until you decide to do something about it.” 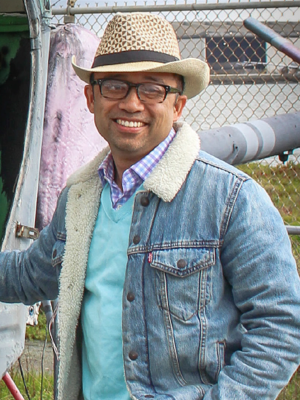 “I don't think you can ever escape your passion. It's going to be there until you decide to do something about it.”
– Jay Roca
Back