Eric Peterson grew up in rural Nebraska, and as a kid, he was an avid reader. “I was just so happy when the bookmobile would drive round to our school. A lot of the kids, including myself, weren’t able to get to town to borrow books. The library knew that, so they brought the books to us.” Over the years, Eric’s love of literature grew, eventually leading him to pursue a BA in English at the University of Nebraska.

What Brought Eric to CCSF

After college, Eric moved to the Bay Area. “I was really in a spot where I didn’t know what to do next. It was right at the start of the internet era. I didn’t have a lot of computer skills.” Eric enrolled in CCSF to take some classes and get up to speed. “City College really saved my life. This is embarrassing to say, but I was actually afraid of computers until I took those courses.” Confident and computer-literate, Eric stayed on at CCSF and enrolled in the library information technology program. “Rethinking career options, I saw library work as an interesting way to combine my new technical abilities, my research skills, and my love of literature.”

Eric entered the library tech program to explore what library work was like and to understand how technology was changing the field. He especially enjoyed the cataloging class. “You might think that sounds a little dry, but it was taught by a really devoted and intense instructor. It taught me how to think about systematization. You can’t just make things up on the spot. Also, cataloging leads to all sorts of technical and organizational principles that have only become more important with the growth of metadata.” Eric took all the library tech courses CCSF had to offer. “I was really happy with the classes. The instructors were really committed, and it was a very supportive environment.”

Why CCSF Was a Good Choice for Eric

About a year into studying, Eric was hired for a library tech position at the UC San Francisco library. He kept studying part time, however. After finishing at CCSF, he transferred to San Jose State University and eventually became a full-fledged librarian. He now sees himself as a lifelong learner. “When I started at CCSF, technology was absolutely revolutionizing the library field, and of course, that has only continued.” The former technophobe now wants to harness new technological developments to better serve today’s library users. He is enrolled in a master’s program in instructional technologies at San Francisco State University. “I’d like to create online resources that are interesting, pleasurable, and clearly laid out, so that everyone can access them.” Eric hopes to complete his degree and develop the modern-day equivalent of the bookmobile for Bay Area library users. 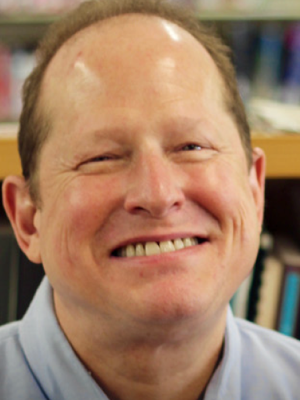 “Rethinking career options, I saw library work as an interesting way to combine my new technical abilities, my research skills, and my love of literature.”
– Eric Peterson
Back