Dylan Smith grew up spending a lot of time at his mother’s art gallery in Missouri, which specialized in reclaimed art: “There was always a trash heap of spare electronic parts. I would try and piece them together and make stuff. Eventually I got a computer to work, and I was hooked.” People started asking Dylan to help with their computer problems, and he realized he could make money. “I was working as a consultant in high school, three jobs before I was due to graduate. So, I dropped out. I started working more, and they kept paying me because I was good enough.”

What Brought Dylan to CCSF

Moving to San Francisco made Dylan reconsider school. “San Francisco was the big leagues, a very educated and very expensive city. The stakes were higher, and the vetting process was more intense. I didn’t know anyone who could vouch for me, and I thought most companies would want to see a piece of paper. That’s why I came to City College.”

Dylan was in school full time, taking computer science classes and finishing high school. His evenings and weekends were spent driving for Uber and doing odd jobs. It was demanding, but he liked being back in a classroom. A semester in, he discovered the computer networking and information technology program (CNIT). “CNIT is more hands-on than computer science. That’s more theory: a lot of math and algorithms, which are handy in CNIT, but you can still go far in this industry without them.” He switched his focus. He began tutoring some intro classes and eventually became a teaching assistant. Now Dylan assists in the classroom and also in workshops at major hacking and cybersecurity events like DEF CON, BSides, and the RSA Conference. Assisting at these events has been a great way to meet industry professionals. It has also given Dylan more money and time for extracurriculars, like motorcycle repair classes.

Why CCSF Was a Good Choice for Dylan

“Returning to education and coming to a place like City College made me realize that I want to teach.” Dylan aims to complete his CNIT program and apply for a part-time teaching position at CCSF. He does not plan on ending his education there. He also wants to complete a computer science AS and a motorcycle technician certificate at CCSF before eventually pursuing a bachelor’s degree and maybe even a master’s degree in computer science at a California State University campus. 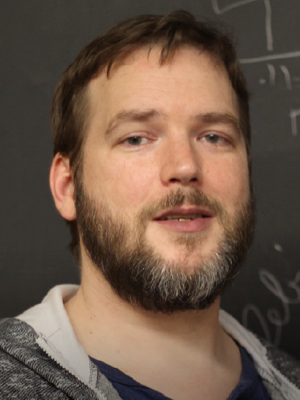 “CNIT is more hands-on than computer science. That’s more theory: a lot of math and algorithms, which are handy in CNIT, but you can still go far in this industry without them.”
– Dylan Smith
Back