When Diane Garcia was young, there was a different cultural acceptance regarding women attending school. “I did not go to college immediately. I was a secretary, and I remember sitting in that office one day thinking I can’t do this for the rest of my life.” Her parents were of a different mindset and wanted Diane to get married, settle down, and have children. At the time, the nursing program at San Francisco State University had a four-year waiting list, and Diane was concerned she would be too old by then: “I was 18 or 19!”

What Brought Diane to CCSF

A friend of Diane’s was at CCSF in the radiologic sciences program and recommended it to her, noting its similarity to nursing. The prerequisites to the two programs were very similar, and Diane decided to go for it. She applied to the program and was accepted. “I have never looked back. It was the smartest thing I ever did when I was a young, inexperienced, naive girl. It gave me my life. I came in as a young person with no direction, and I left a woman with a career.”

Diane had very little understanding as to what radiologists did when she started her CCSF coursework. It is actually frontline medicine, working on a lot of emergency procedures and taking care of patients. “We photograph the spine, because doctors can't do much until they find out if the spine has been affected. Students at CCSF do thousands of hours inside of a hospital before they are allowed to sit for their board exams.”

Why CCSF Was a Good Choice for Diane

Diane’s list of accomplishments at CCSF and in her career is significant. “I’ve taught just about every course in this program, and I am currently the program director and the department chair for the radiologic sciences department.” Many of Diane's friends went off to various universities around the country, and to this day many of them still don't have full careers. However, Diane's experience and degree made it possible to always have a great living wage, even by Bay Area standards. 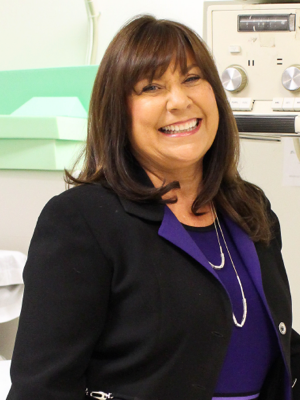