Devin “Duffy” Duffy-Halseth had an old Epson computer when he was a kid. He loved it, spending hours taking it apart, messing it up, and making it better. He taught himself a lot in the process. Duffy got an after-school job at a computer repair shop, and he kept it when he graduated high school. For a while he was happy, but as time passed, it started to feel like a dead end. Deciding it was time for a major change, Duffy joined the Navy. He spent two years in anti-ship missile defense, but when he returned to civilian life, he found himself in the same predicament.

What Brought Duffy to CCSF

Duffy was still into computers, but he definitely did not want to work retail anymore. “I needed more experience one way or another.” He figured the best way to get that experience was to go back to school. Duffy saw there was an option to specialize in network security at CCSF, and that really sparked his curiosity. “Whenever there was a big hack on the news, I wondered how they managed to pull it off—and here was my chance to find out.”

Duffy hadn’t been to school for a long time. “In the first few classes, I felt like an imposter, like everyone knew more than me.” He forced himself to ask questions and realized everyone in the course was “actually super chill and helpful.” The classes became immensely fun, and Duffy excelled. His teacher asked if he would lead the college at the National Collegiate Cyber Defense Competition. At the event, the CCSF team halted security breaches, built superior infrastructure, and held their own against well-known, four-year schools. Duffy enjoyed the experience so much he decided to start an official CCSF Hacker’s Club. The club invites cybersecurity professionals to speak, ponder mind-bending computer puzzles, and prepare for national competitions like the Collegiate Penetration Testing Competition in New York.

Why CCSF Was a Good Choice for Duffy

Duffy was able to secure an internship with Uber’s incident response team, monitoring their networks for suspicious activity. It was an “awesome” experience being able to “apply everything from class and from the competitions to threat analysis in the real world.” Duffy wanted to keep working while finishing his degree, and taking some time off made that possible. “CCSF made it really easy to take a semester off to work full time and save money.” He was able to give his full attention to classes when he came back to school, and Duffy stayed in touch with his teammates during his time away from CCSF. 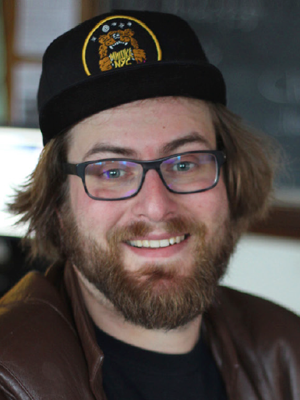 “Whenever there was a big hack on the news, I wondered how they managed to pull it off— and here was my chance to find out.”
– Devin Duffy Halseth
Back