Race and Place: Architectures of Segregation and Liberation Exhibit

Groundswell installed “Race and Place: Architectures of Segregation and Liberation (AoS/AoL),” an exhibition in the main lobby of the City College of San Francisco Mission Campus (March 14-August 4, 2016).

Special programming linked to the exhibition: 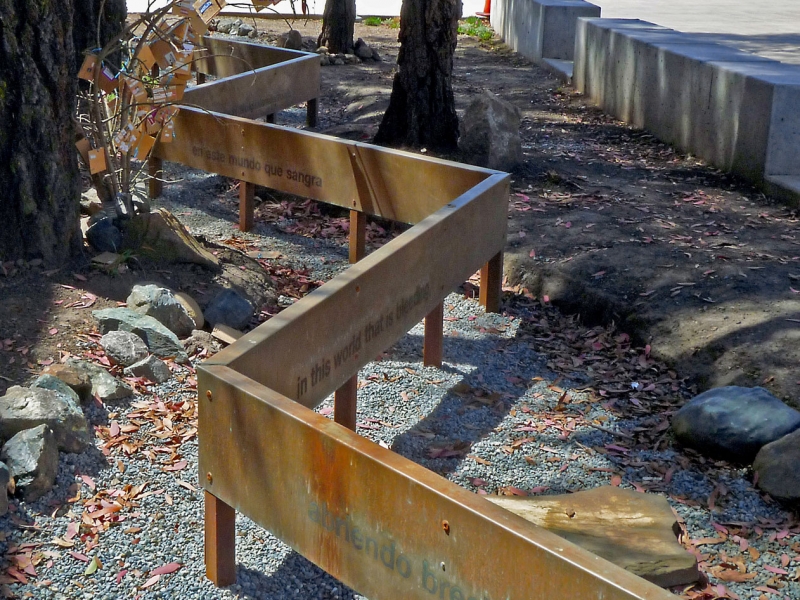 Groundswell dedicated the Cloud Hall Reading Garden on the plaza between Cloud Hall and the Science Building at City College of San Francisco on March 26, 2009 to the memory of David Landes, CCSF Economics instructor, and community activist. The Women’s Studies Department led a collaborative team that included the Environmental Horticulture Department, the Interdisciplinary Studies Department’s Poetry for the People class, and the Art Department’s metal arts instructors and students. 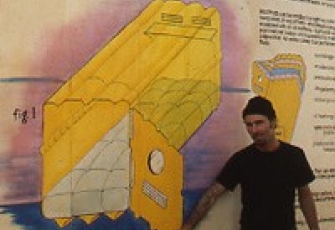 A portable outdoor installation consisting of nine canvas panels arranged in a geometric spiral emblematic of the nautilusshell. City College art students painted the designs of six homeless artists onto the panels. A City College of San Francisco architecture student designed the exhibition space. Shell-ter Site gave its homeless participants a public voice. It also raised the consciousness of visitors to the site by calling attention to the basic needs for transitional/ traditional housing, celebrating talents among the homeless population, and reinforcing the principle of resident participation in housing designs. The installation has been mounted at Hunter'sPoint Open Studio, at the City College Visual Arts Center, on Sproul Plaza at the University of California, Berkeley, and the San Francisco State Universitydiag. The Coalition on Homelessness maintains the exhibit. A documentary video is available. 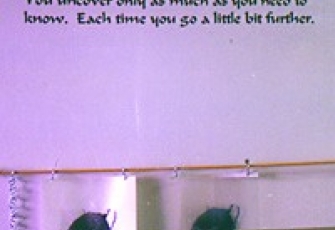 A multi-media installation in a local arts center, The Marsh on Valencia Street, in San Francisco's Mission District. Working with language and bird song, text and image, building materials and nests, The Building Instinct Project mixed metaphors and media in an attempt to construct a habitat that reflected The Marsh's desire to serve as the breeding ground for the research, development, and presentation of new creative work. In the raw storefront space of a former carpet and linoleum workers union hall, the installation incorporated video, sound recordings, and photographs of natural marsh environments along with the text from Groundswell's "Re-museum of Unbuilding and Design" statement and a prose excerpt about a place called "The Beginning." Print and slide documentation is available.

Architecture and Diversity Class at CCSF 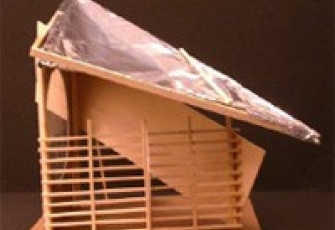 Building Basics, an experimental hands-on introduction to architecture and related fields for currently underrepresented populations–African American and Latino men, and all women–was offered at City College of San Francisco from 1995-97. Students met with a culturally diverse group of professional architects, engineers, and planners to learn basic building and design skills. Each semester their work culminated in an exhibit at the offices of the San Francisco chapter of the American Institute of Architects. From 2000 to 2008, Groundswell collaborated with various departments at City College of San Francisco– Interdisciplinary Studies, Architecture, Art, Women's Studies, African American Studies, and Latino/a and Latin American Studies–on a revised version of the Building Basics course. In Architecture and Diversity, a team of art history, humanities, and architecture instructors gave students a hands-on introduction to architecture in diverse cultural contexts.