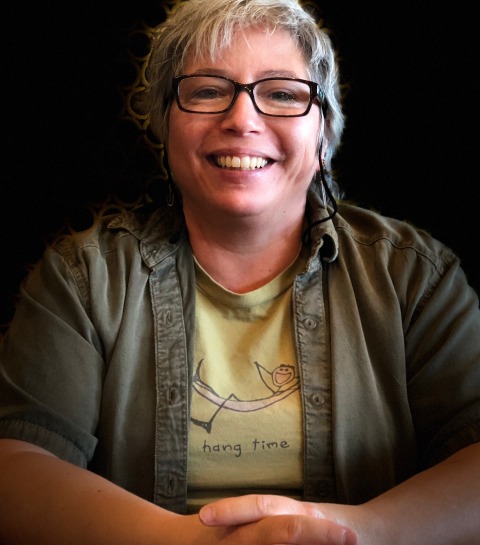 I’ve been teaching courses in audio production at CCSF in the Broadcast Electronic Media Arts department since 2001.  I was a part-time educator for the first 8-years while also teaching a few courses at AiCA-SF (a corporate, for-profit, behemoth), Globe Recording Institute, and Laney College. I substituted for a colleague at CCSF with a  full class load from 2009 – 2011 when I finally became a full-time educator with my own office and continue to be a dutiful agent of sound, engaging people in the wonders of audio.

For over thirty years I’ve been providing sound services to the Bay Area in myriad ways:  via my sound company, dcj Productions – providing live sound, recording services, and film sound (both production and post) to the not-for-profit sector (and sometimes for-profit folks too) in this amazing northern Cali. I’ve been a house sound engineer for the powerhouse SF nightclub Bottom Of The Hill since 1991.    In 1994/95, I toured the U.S. and Europe several times as sound mixer for the band, Medicine (on American Recordings).  I presided over and was partner in a record label and commercial recording studio from 1999 – 2004 called APG Records/APG Studios which grew into Potrero Post and started some new magic in 2007 with Films on 45 – a creative visual media production company assembled to build upon my adventures in screenwriting. I’ve also spent some great times and gathered some deep knowledge  of manufacturers of audio devices as purchasing agent for Leo’s Audio (in the late 80’s), Audio Images (in the early 90’s), The Media Room, and Cutting Edge Audio & Video Group (mid-90’s).