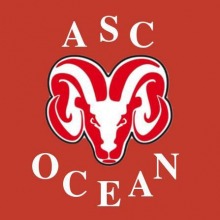 We are an elected body consisting of  19 students  whose mission is to coordinate student activities   and advocate for student interests on the Ocean   Campus of City College of San Francisco.

All Associated Students Council of Ocean Campus (ASCO) meetings are open to all students and everyone is encouraged to attend! See the table below for our regularly scheduled meetings. Currently, all meetings are taking place online via Zoom. Please check the agenda/minutes to see when the next committee meeting is scheduled to occur. All agendas will be posted 72-hours in advance. Please contact asc.ocean@mail.ccsf.edu to learn more.

In 2018, the Associated Students passed a ballot measure, adopting a new set of district-wide bylaws and constitution, governing their organization. Those bylaws and constitution supersede all the current governing documents that existed previously at each CCSF location. Several councils, including the Associated Students Council of Ocean (ASCO), have drafted a new set of campus codes to govern their local council and ensure the needs of each government, at their respective locations, are met.

On March 24, 2021, the ASCO approved a new draft of a set of codes that were placed on the Spring 2021 ASC elections ballot. That ballot measure passed by a large margin in the election, with 201 affirmative votes and 53 dissenting votes.

We, the Associated Students of Ocean Campus, express our support and commitment  to equity and opportunity. We also feel it necessary to publicly acknowledge the long history of discriminatory and dehumanizing laws and policies built into the fundamental structures of our society. Our nation’s discriminatory past has intertwined with all aspects of life in the U.S leading to the formation of structural racism. This has widely affected our Black students from reaching their educational goals but as students, teachers, and faculty we must collectively ensure that every Black student is granted the ability to pursue their academic interests feeling safe, supported, and welcomed. The ASCO will continue to stand against anti-Black racism and support the Black Lives Matter Movement to encourage critical reﬂection, engage with societal issues, and foster honest conversations about racial justice at CCSF.

This of course is much bigger than CCSF, our nation has seen racial discourse accompanied by police brutality and racially disproportionate violence against black men and women for years. In 1955, 14- year old Emmett Till was wrongly accused and lynched, yet not one of his murderers were found guilty. His murder marked the start of the Civil Rights movement, but it wasn’t until last year that lynching was made a federal crime. In 2012, 17-year-old Trayvone Martin was fatally shot by a police officer when he was unarmed and had willfully surrendered, yet the officer was acquitted of all charges. The clear failure of the justice system reignited the movement against racial inequality in the form of Black Lives Matter. This has become an international movement dedicated to ﬁghting the oppression and systematic racism against Black people. Yet, we have only grown exasperated at the increasing number of victims of police brutality. On average, 1,000 civilians are killed every year by police officers, and Black men are 3 times more likely to die in a police encounter than white men. Yet, these murders go unrecognized and the perpetrators often face little to no consequence.

Countless lives have been affected by racially-inﬂuenced and unwarranted use of force by law enforcement. But we acknowledge that violence and racism are not a new problem; communities of color have been denied equal access to health care, employment, education, and quality of life for generations. Unless we rise up hand-in-hand with our Black brothers and sisters, this cycle of injustice will not end. We have a long way to go, but together, we can ensure that future generations will not need to endure our nation’s history of systematic racism and violence.

The Associated Students at Ocean stands in solidarity with our Black students at CCSF and the Black Lives Matter movement. We commit to push forward an agenda of tolerance and equity for our students to feel safe and supported. We also understand that no statement will be sufficient in treating the disease that racism and hatred have become. But the ASCO pledges to engage in empathic listening, speak out against racial injustice, and create meaningful action at CCSF. ASCO is here to support our fellow students and embrace our responsibility to be better.

Resources at CCSF for Black Students

Black Student Union
A safe space and time in which Black students can come together to form connections and family-like bonds.

This May, we celebrate our 29th annual Asian Pacific American Heritage Month. Our nation’s fastest growing racial group represents more than thirty different nationalities and ethnicities, enriching our complex culture and history. This month, we also recognize the impermissible and recent increase in Asian hate crimes.

We, the Associated Students of Ocean, feel the need to denounce the racist attacks against Asian American communities. Across the nation, Asians have been targeted due to ignorance and unfounded fears surrounding Covid-19. Over 3,700 attacks have been publicly reported this past year, but the mistreatment of Asians and other minorities have been occurring for decades. For a long time, white supremacist beliefs have allowed authorities to overlook and even encourage verbal assaults, physical attacks, and systemic racism. We must honor and reflect on the experiences of Asian Americans, while reexamining our nation’s deeply embedded racial issues to seek a more equitable future.

Here, we look back and acknowledge some of the bigotry against people of Asian descent that spans over 170 years.

In 1854, the California Supreme Court ruled that people of Asian descent could not testify against a white person in court, and for over a hundred years this was the case - a form of systematic racism to disparage the Asian community.

On February 19th 1942, President Franklin D. Roosevelt signed Executive Order 9066 into action, mandating all Japanese Americans on the West Coast to be incarcerated in internment camps. The Japanese community suffered from severe civil rights violations, were forced to sell all their belongings, lived in overcrowded conditions, and worked for little to no pay.

In June 19, 1982, the horrific murder of Vincent Chin brought on a wave of unsettlement across Asian American community. Chin was violently beaten to death by two white men who mistook him to be Japanese. His murderers were ordered to pay a fine and received no jail time, an inconceivably lenient sentence for manslaughter.

The rise in racist attacks against Asian communities is nothing but a continuation of a long standing problem in this country. Unfortunately, the racism Asians face are historically shared by other marginalized minorities. We must recognize the unjust similarities between Anti-Asian Hate and the Black Lives Matter Movement. Collective liberation is dependent on the solidarity we show when our peers seek support. To remain silent is to condone the injustices against our fellow Americans - so speak up. Acknowledge the relation between Asian attacks and our nation’s systematic racism, recognize that other minorities face similar racist assaults, and attend rallies to support each other.

The violence and incidents of hate speech directed at Asians and Asian Americans across the nation have been deeply affecting our students’ capacity to learn. Asians represent the largest ethnic group at our college, accounting for roughly 32% of our students, but they are experiencing fear and worries over their safety and the safety of their loved ones. A productive learning environment requires our students, faculty, and administrators to embrace our diversity and differences in race, culture, and ethnicity. As members of the CCSF community, it is our responsibility to create an environment where students can safely learn and reach their academic goals. ASCO hopes that our entire community will stand in solidarity with the anti-Asian hate movement to condemn and discourage all physical and verbal attacks based on race.

Here, we applaud some of the dedicated efforts made by CCSF faculty and students to address Asian bigotry.

Our Asian American Studies department has worked to educate students and shown explicit support for the Black Lives Matter movement, displaying the solidarity we need to dismantle systemic racism in our institutions.

The Family Resource Center has been hosting events to create spaces where AAPI voices and experiences can be discussed, celebrated, and shared in a safe environment.

Our Interdisciplinary Studies department is home to a permanent art exhibit honoring over 200 students of Asian descent whose education was abruptly ended by their forced internment.